skip to main | skip to sidebar

Posted by Beirme at 4:42 PM No comments: 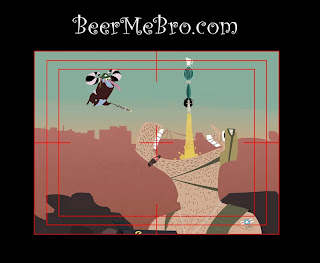 The best medicine for a wounded soldier...BEER!
Well the 2nd beerisode is finally done! The launch date will be May 18th...thanx for checking in and for the great e-mails!
Posted by Beirme at 12:17 PM No comments: 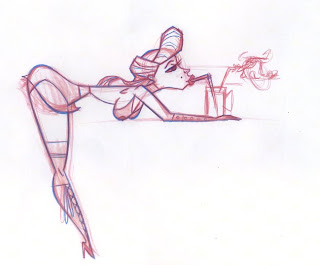 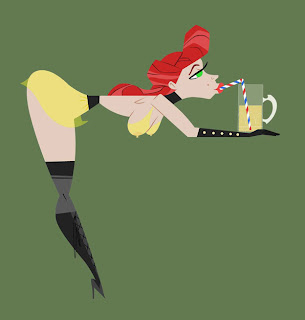 This is for the 2nd beerisode, "Beer Aid". One more day of animation!
Posted by Beirme at 6:37 PM No comments: 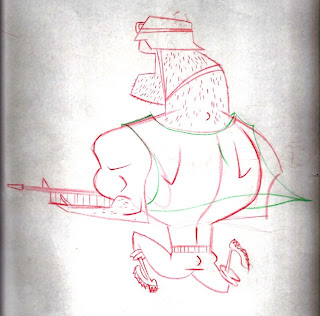 Here's a pose of the bad ass Marine running into battle. Only a few more layouts and this second beerisode will be completed! It only took me a year to get back into it.....errrr...I know....say it.... 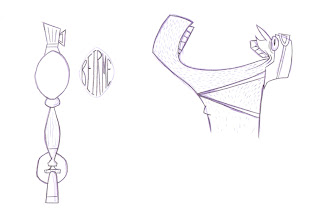 Another pose of our brave soldier 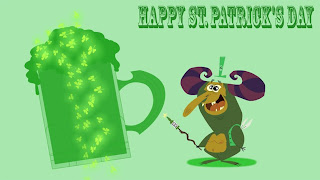 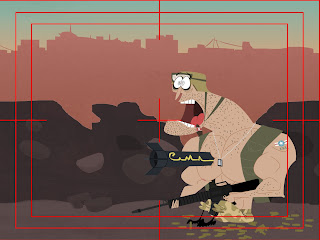 Final bg for the next Beerisode, "Beer Aid". I tried to build the bg so it would frame the characters well when they move on screen. I also kept the amount of detail to a minimum and the colors muted. The colors will help the chars read better, plus it add to the nature of the battle scene.
Posted by Beirme at 5:44 PM No comments: 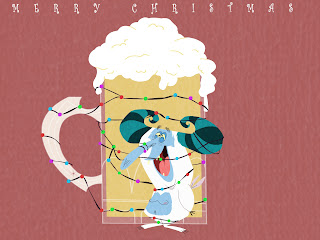 Posted by Beirme at 9:24 PM No comments: 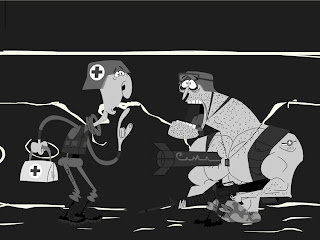 "BEER AID"
I thought I'd throw this out there before it goes to color. I kinda like the black/white look, but I was thinking of doing a full color pass then once the animation is done put a sepia filter over it in after effects. That way it'll give it a more atmospheric tone to it since it's taking place in the middle east. All the characters are fully rigged and ready for animation. I guesstimate it (animation) should be done in about two-three weeks. Throw back a couple of cold ones (rootbeer for you youngin's) and check back soon for more artwork.
Posted by Beirme at 9:40 AM 1 comment: 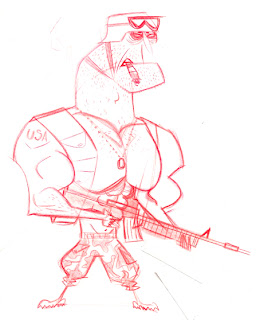 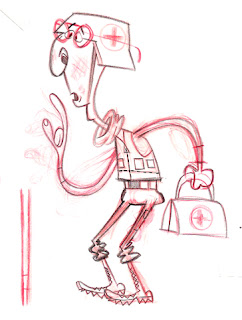 Here's a couple of roughs for the next beerisode called "Beer Aid". Animation begins over turkey break so the 1st week of December it should be in the can (fingers crossed). Happy Thanksgiving everyone!

Beirme isn't your every day run of the mill fairy, hell no! He's the beer fairy, the lucky fella who quenches our thirst for that bubbly brew we call Beer. Beirme has been around for some time now it's hard to really pin point when he came about, but legend says that he served some great people of the past such as G. Washington when he was crossing the Delaware even as far back as Moses. Just between you and I that wasn't water Moses was floating in... He even served the brave knights at the round table, the list goes on and on, but today he's here just for you. It only requires one little phrase that you must say and those magical words are "Beer Me". So when you see him tell I said hi and sorry for pink play doh, he'll know what you mean. 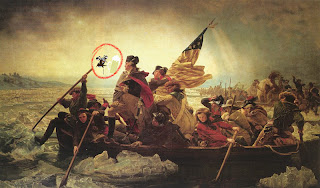 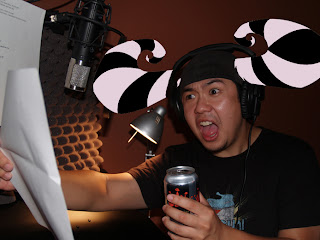 The Man behind the voice of Beirme is the very funny talented guy, Erice Bauza. He's today's new age Mel Blanc! I lucked out with such a versatile fella. E.B. is creating all the voices for the Beerisodes and they range from a French captive, to a camel running outta fuel, to a fairy princess in drag and a helluva lot more. Keep checking in to see what's new on the Brew Tube! 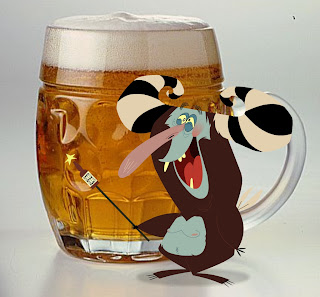 Posted by Beirme at 5:16 PM No comments:

Beirme
I love beer and beer loves me!